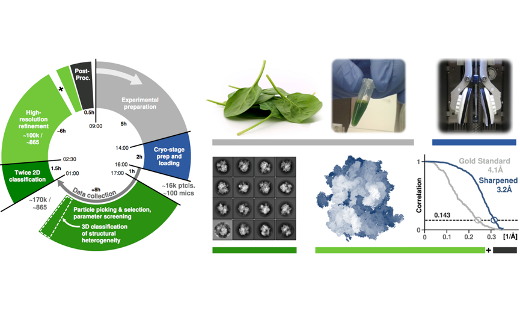 Over the past years cryo electron microscopy has become a dominant technique for determining the structure of large biomolecules. The raw data consists of hundreds of thousands of 2D projections of electron densities of molecules, which means inferring the 3D electron density from these terabytes of data is an extremely data and compute intensive problem. This is a new field in Stockholm, but by combining the expertise on structural biology and advanced parallelization – in particular GPU programming – from GROMACS, the molecular simulation community and SESSI have been able to design a new generation of cryo-EM reconstruction algorithms that run on GPUs. Through a new collaborating with the Laboratory of Molecular Biology at Cambridge University, this is now part of the RELION codebase which us by far the most popular in the field. We have achieved acceleration of 10-100X for different parts of the algorithms, which means 3D structures can now be obtained in hours or days instead of weeks. This was a major achievement, and a publication describing the work was published in eLife late 2016.