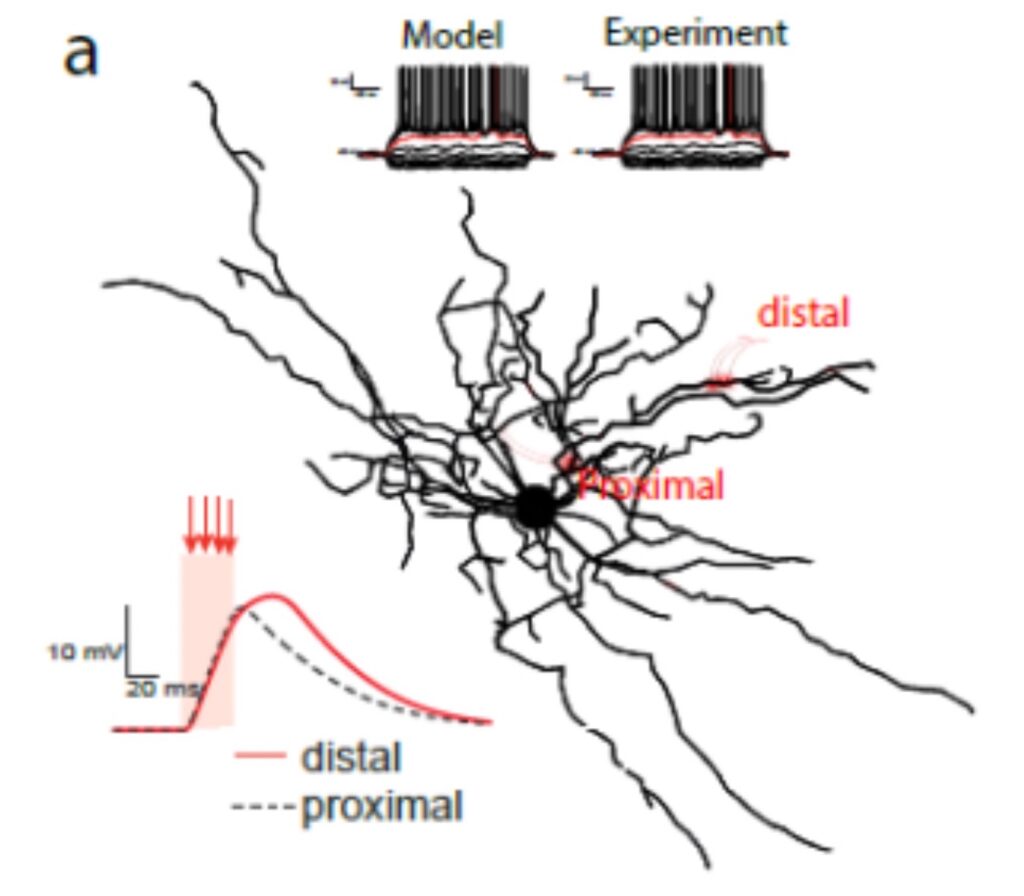 Dendritic plateau potentials generated by the activation of clustered excitatory inputs play a crucial role in neuronal computation and are involved in sensory perception, learning, and memory. Earlier studies largely have focused on the genesis of plateau potentials by excitatory inputs. However, not much attention has been devoted to investigating the effects of inhibitory inputs in this context. In a recent combined modeling-experimental study, we showed how single local inhibitory inputs could control the spatio-temporal integration of excitatory inputs in a cell-wide manner. These kind of insights will shift the way we view the role of interneuron synaptic specificity in the brain, especially when it comes to their involvement in plasticity and learning, where the role of dendritic plateaus are thought to play a crucial role.

Fig: Illustration of a modelled neuron with an extensive dendritic tree. If clustered excitatory inputs are provided to the distal site of a dendrite a sustained depolarization, denoted a plateau potential, can be evoked. If a similar input is given at a more proximal location, the depolarization decays when the input stops, compare inset to the left. The plateau potential can be disrupted by one, or a few, inhibitory synapses. (modified from Du et al, 2017.)