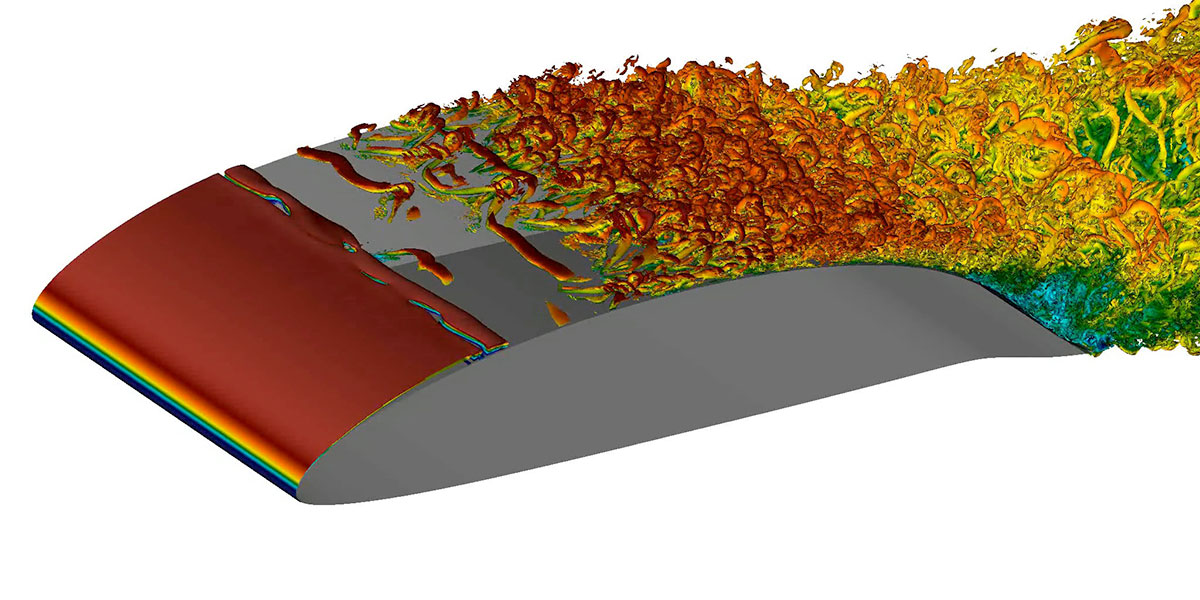 Turbulence and fluid mechanics are pres- ent everywhere from nano-sized laboratories to climate and astronomy. Simulations have gained a dominating influence on all research and development in the field, but extreme simulation resolution or sophisticated modelling is required to cover the extreme range of active length and time scales. This calls for the continuous development of large software packages.

SeRC’s approach is focused around the open-source code Nek5000, a general-pur- pose Computational Fluid Dynamics (CFD) code that may be coupled to any other mul- ti-physics framework, optimisation methods, and novel applications in machine learning and data science. Nek5000 has been devel- oped since the mid 1980s and is a flavour of the well-known finite-element method.

Our groups within SeRC have used Nek5000 for more than 15 years in more than 25 PhD projects, and have performed some of the largest simulations on the system. The focus has been on algorithmic developments and methods to adapt the computational mesh during the simulation to account for where most grid points are needed, an approach called adaptive mesh refinement. Equally relevant is our devel- opment of a new version of the Nek5000 kernels to take advantage of the latest generation of computer architetures – GPU-based accelerators – as will become operational within EuroHPC[1].

Fully resolved high-fidelity simulations as provided by SeRC’s additions to Nek5000 have now reached the level of confidence to compete with the largest experimental facilities, at the same time providing more detailed data for advanced data analysis. Since such extremely large computations require more than 10 billion grid points, turbulence simulations can be viewed as one of the prime creators of large data sets, which in turn help improving engineering design or understanding, for instance, climate science, flow control, or biological flows. Overall, computational fluid dynam- ics and Nek5000 in particular are fine proof of the raison d’être and applicability of e-Science.

With Nek5000 as the backbone, SeRC has become an active partner in several EU projects and centres of excellence. We also had a number of collaborations with industries where Nek5000 was used as the method of choice. Examples that were directly driven from concrete industrial in- terest include novel topology optimisation of heat sinks to maximise natural convec- tion, or, as shown in the image, simulations of an oscillating wing in a Saab-initiated project aiming to understand how changes in turbulent flow along a wing surface affect the control of an aircraft.

1 The European High Performance Computing Joint Undertaking (EuroHPC JU) is a joint initiative between the EU, European countries and private partners to develop a World Class Supercomputing Ecosystem in Europe.