Immersing the public in the scientific process 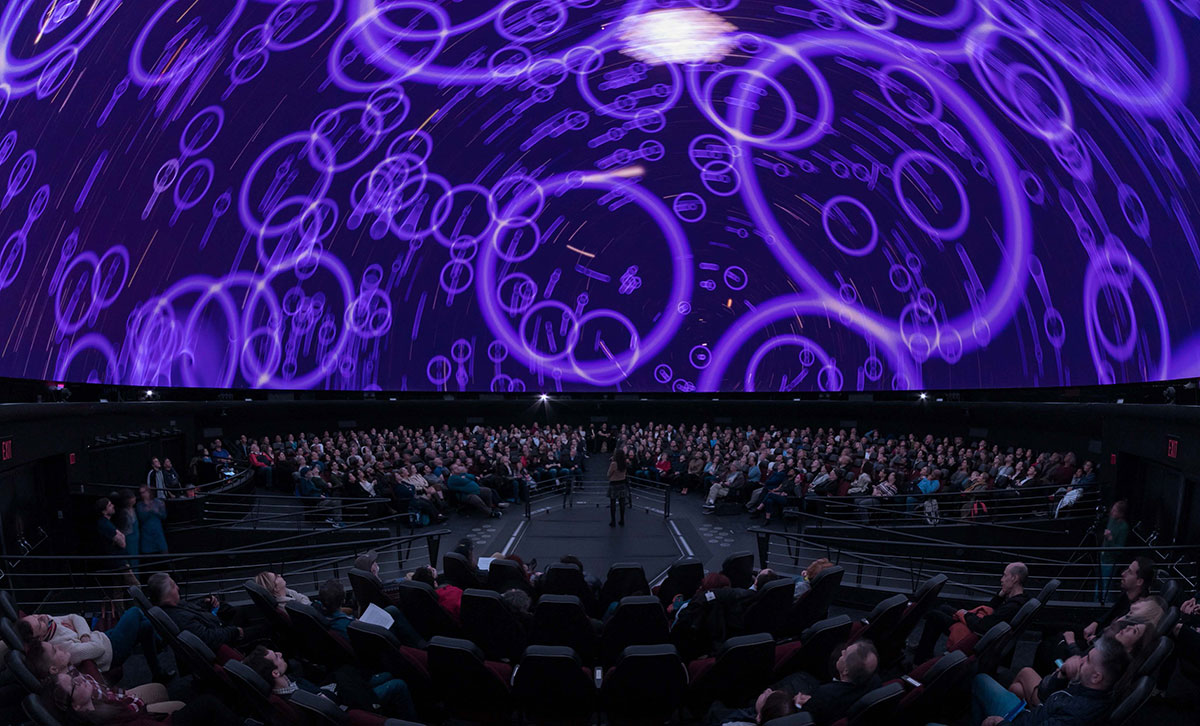 The presence of role models can increase the interest of children and adolescents to become interested in the fields of science, technology, engineering, and mathematics to address the challenges of the 21st century. In many cases, practicing experts can serve as these role models, but it can be challenging for these subject matter experts to present to a wider public.

For this reason, we have in SeRC been developing several software platforms that bridge the gap between data-driven research and public out- reach and enable scientists to perform presentations more efficiently and effectively.

One example is OpenSpace, primarily targeting the astronomy domain, and with partners such as the American Museum of Natural History in New York and with co-funding from NASA. Our research aims at captur- ing the spirit of space travel through interactive visualisations, based on the development of a software platform that can serve both as a tool for novel visualisation research and a tool for domain scientists to present their data. The project develops new techniques to show complex data sets in new, easier understood ways, sparking the interest of discovery and joy in the next generation.

The combination of self-driven discoveries and the ability to interact with subject matter experts generates impact far beyond traditional approaches to science communication. In 2019 alone, the collaboration partners organised about 75 live public presentations using the OpenSpace software that reached about 415,000 members of the general public, many of which are children.

OpenSpace has been featured in several events in Sweden. One exam- ple is the annual Brilliant Minds event that draws 750 of the most influential people in the world, at which SeRC’s Anders Ynnerman was an invited speaker in 2019. The software has been distributed to some of most prestigious planetariums in the world, such as the Adler Planetarium in Chicago or the Morrison Planetarium at the California Academy of Sciences in San Francisco. Other partners include the Iziko Planetarium in Cape Town and the Natural History Museum in Vienna.