GROMACS – cited once every 70 minutes 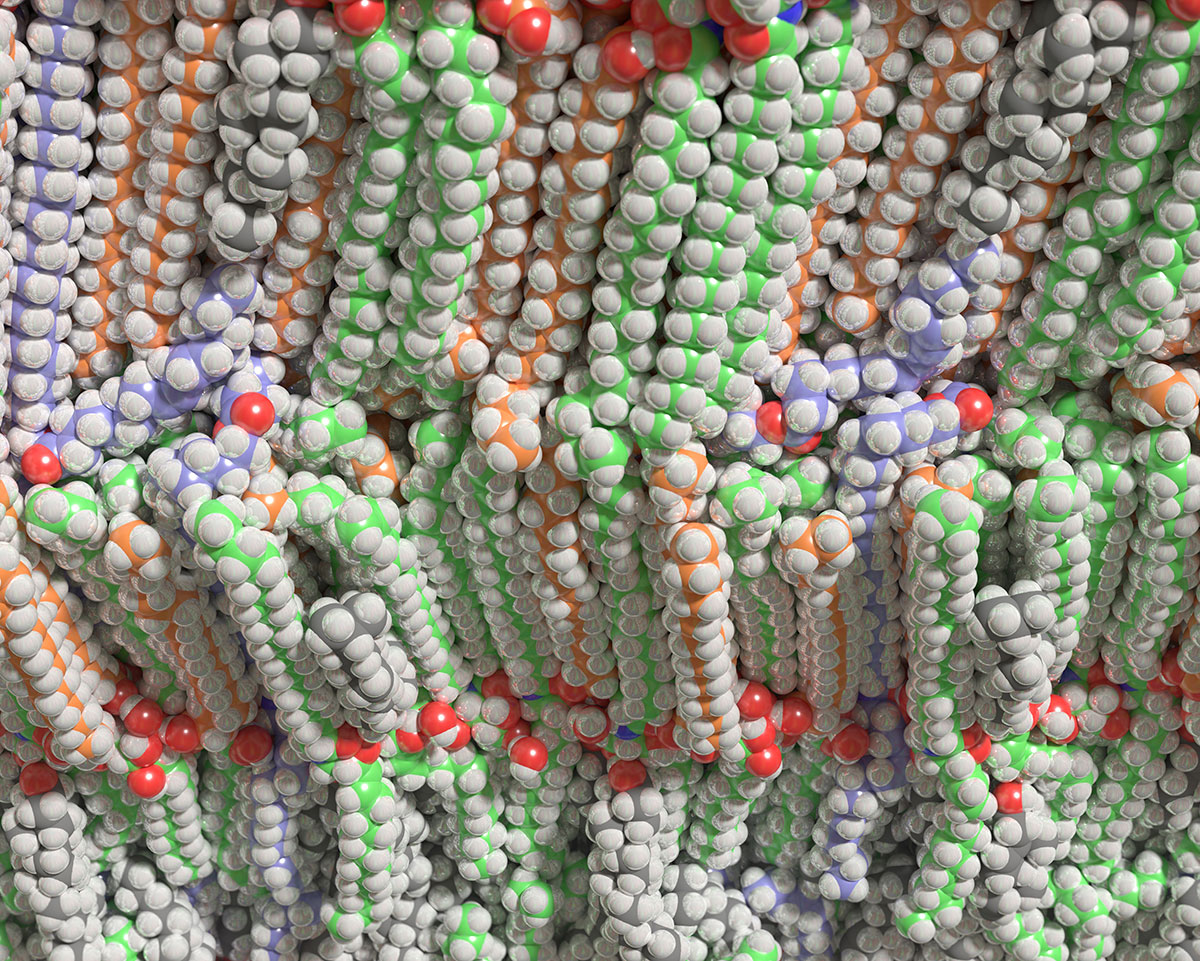 Modern technology and research have transformed life science into a molecular field of research. However, understanding biology on the molecular level requires tools that can capture dynamics. SeRC’s GROMACS tool enables the use of computers as virtual microscopes to study how molecules inside cells and viruses move and interact. The cross-disciplinary research area, called computational biophysics, involves extensive research in physics, computer science and biological applications.

But even traditional supercomputers do not provide sufficient performance to provide the necessary timescale resolution for the calculations. The SeRC GROMACS team was among the first in the world to invent new methods that could use graphics processor unit (GPU) accelerators to speed up simulations by an order-of-magnitude. To go with this, faster algorithms and new methods based on statistical mechanics were developed.

GROMACS has contributed to the establishment of a new generation of computational microscopes that are used by researchers all over the world. A key reason for this impact was the decision to make the source code available as open access. According to the Intersect 360 market update at the Stanford 2018 HPC Conference, GROMACS is the single most used of all generally available high-performance computing (HPC) applications in the world.

This has had additional major societal impact for the vendors developing the CPU and GPU hardware that form the core of supercomputers. In particular NVIDIA and Intel have long collaborated with the SeRC team to further improve this impact. The scientific impact of GROMACS is among the largest of any research ever performed in Sweden; the first paper has been cited over 12,000 times, the work introducing GPU accelerated simulations was the most cited Swedish scientific publication in 2014, and the 23rd most cited of all scientific papers in the world. There is on average a new scientific publication citing this work roughly once every 70 minutes.

By far the most important impact of the GROMACS research is that the work has enabled thousands of researchers worldwide to increasingly use simulations for their fields of data-driven life science.