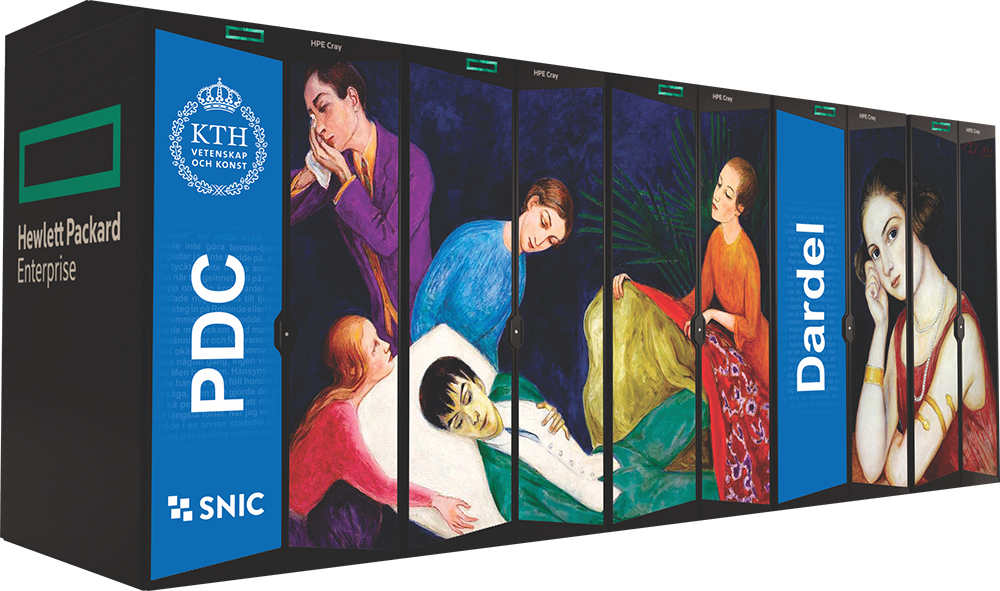 The KTH Royal Institute of Technology (KTH) has just signed a contract with Hewlett Packard Enterprise (HPE) for a new supercomputer. The system will be an HPE Cray EX supercomputer featuring AMD EPYC™ processors and AMD Instinct™ GPU accelerators. It will be housed in the PDC Center for High Performance Computing (PDC) at the KTH main campus in Stockholm. Most of the funding for the new supercomputer system is being provided by the Swedish National Infrastructure for Computing (SNIC), which is investing around 100 million SEK, as well as paying the cost of operating the new system for at least the next five years.

The Dardel supercomputer will be installed in two phases. HPE will deliver the first phase of the system, consisting of the CPU partition and a storage system, before summer this year. This initial phase of the computer will provide SNIC users with more than 65,000 CPU cores for performing their research calculations. (Cores are individual processing units contained within a single CPU.) The second phase of Dardel, which consists of a GPU partition, will be delivered later this year in the autumn. Researchers will be able to start using the first phase of Dardel from July this year and the second phase from January next year.