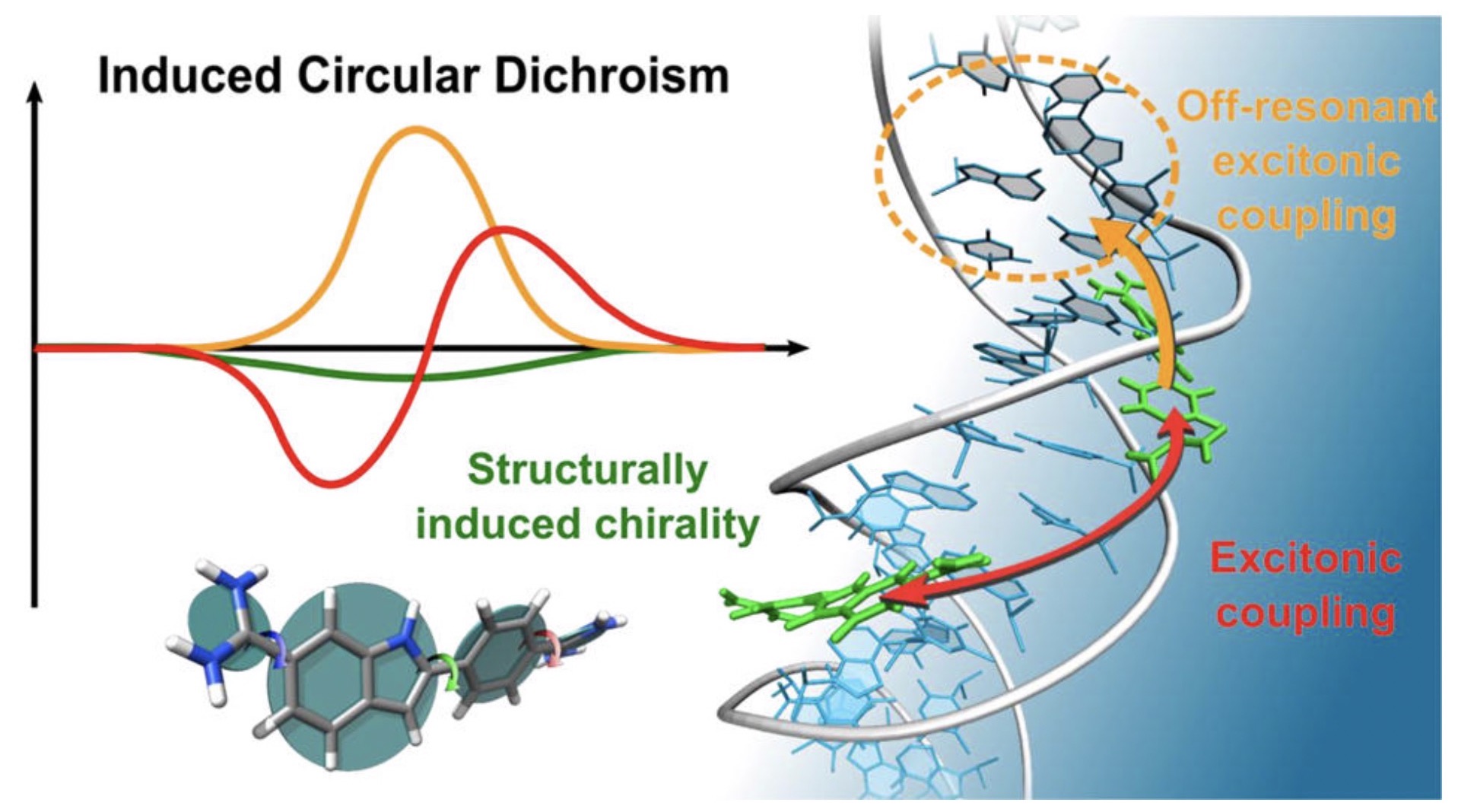 The DAPI molecule is a popular fluorescent stain for DNA visualization and quantitation, and is extensively used for studying the cellular nuclei under different environments and stresses. A recent report reveals that DAPI can be effectively used for constructing DNA density maps in the imaging of nuclei and chromosomes using single-molecule localization microscopy, which is promising to further understand DNA repair and DNA replication at the molecular scale. More recently, DAPI has also been exploited to probe the condensation of chromatin in human chromosomes. Induced circular dichroism (ICD) of DNA-binding ligands is well known to be strongly influenced by the specific mode of binding, but the relative importance of the possible mechanisms has remained undetermined. With a combination of molecular dynamics simulation, CD response calculations, and experiments on an AT-sequence, we show that the ICD originates from an intricate interplay between the chiral imprint of DNA, off-resonant excitonic coupling to nucleobases, charge-transfer, and resonant excitonic coupling between DAPIs.